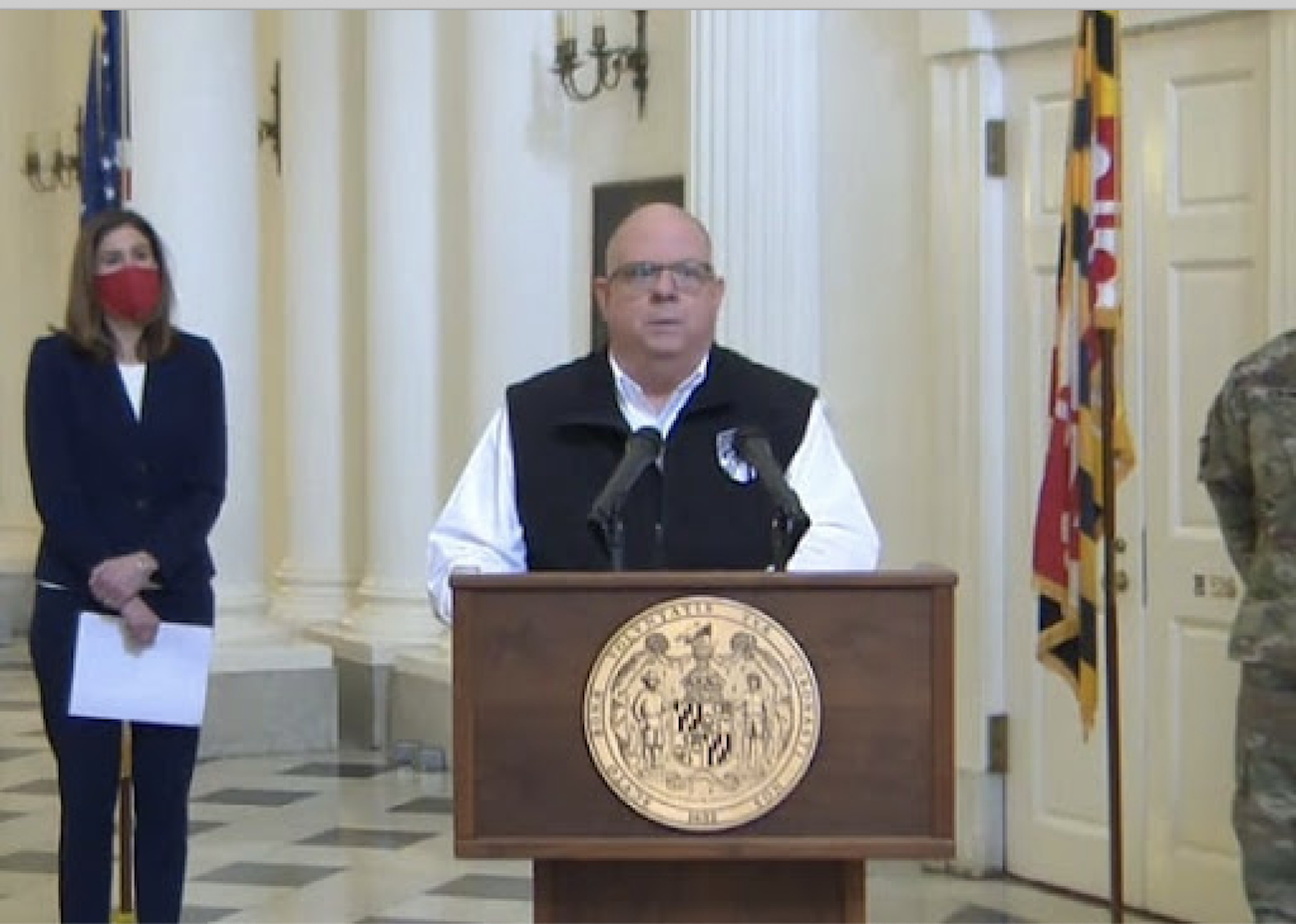 Maryland Gov. Larry Hogan on Wednesday urged Montgomery and Prince George’s counties — the two hardest-hit jurisdictions in the state during the Covid-19 pandemic — to move forward with reopening.

“I believe Montgomery now is the only one who has not set a date [to reopen], and they probably need to,” Hogan said at a press conference where he announced additional statewide steps for reopening. Local jurisdictions were given the opportunity to opt out of statewide edicts, something Montgomery and Prince George’s did when Hogan announced a May 15 statewide reopening. “We look at the hospitalizations, the ICUs, and these positivity rates, all of which are trending in the right direction, including Prince George’s and Montgomery County, which are doing great. They started out in a really bad place, but they’re all following the same trend of downward — cut in half. So, I think they ought to move forward.”

Montgomery County Executive Marc Elrich has declined to set a date to reopen the state’s most populous county, saying a date takes the focus away from benchmarks like a reduction in new cases and increased testing.

But last week County Health Officer Travis Gayles said the county was in position to reopen some aspects of the economy “within the next week or so.”