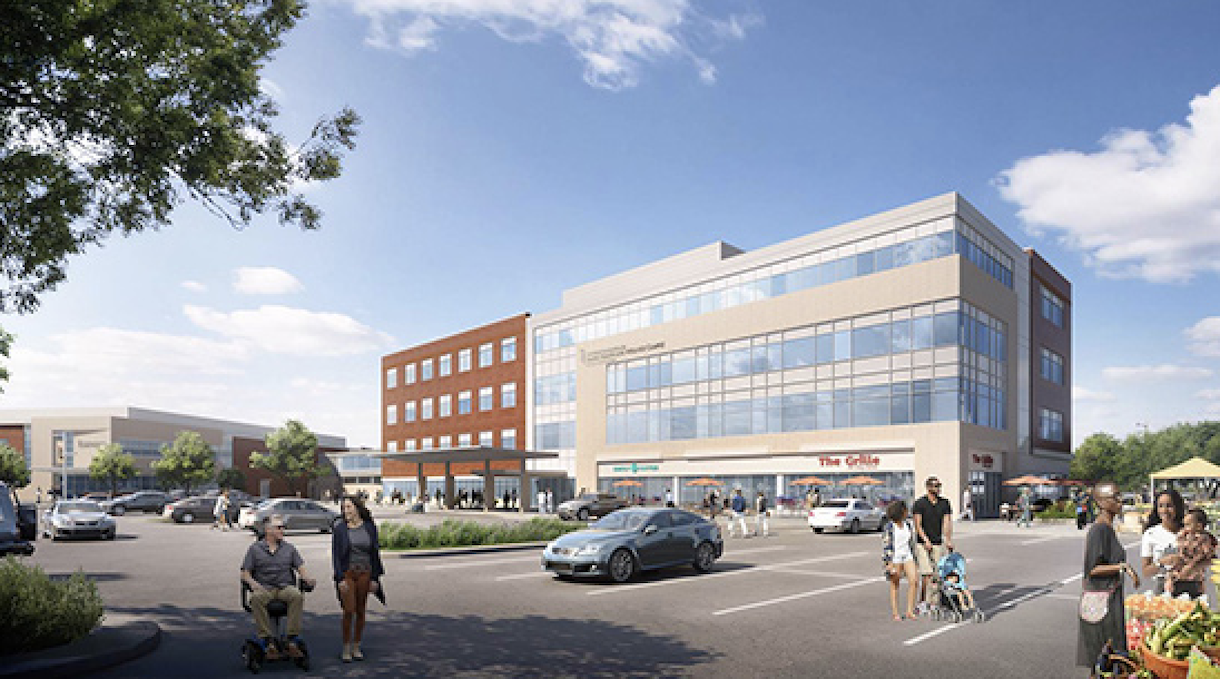 But the biggest approval from the meeting was a detailed site plan clearing the way for the first phase of a new “health campus” at the University of Maryland Medical System Laurel Hospital.

A rendering shows the exterior of the first phase of the planned Laurel Hospital Health Campus. The new hospital facility plans call for a two-story 79,900 square-foot medical office building and a 1,550 square-foot MRI building near the intersection of Van Deusen and Contee Roads.